Elements of a Soil Nail Wall 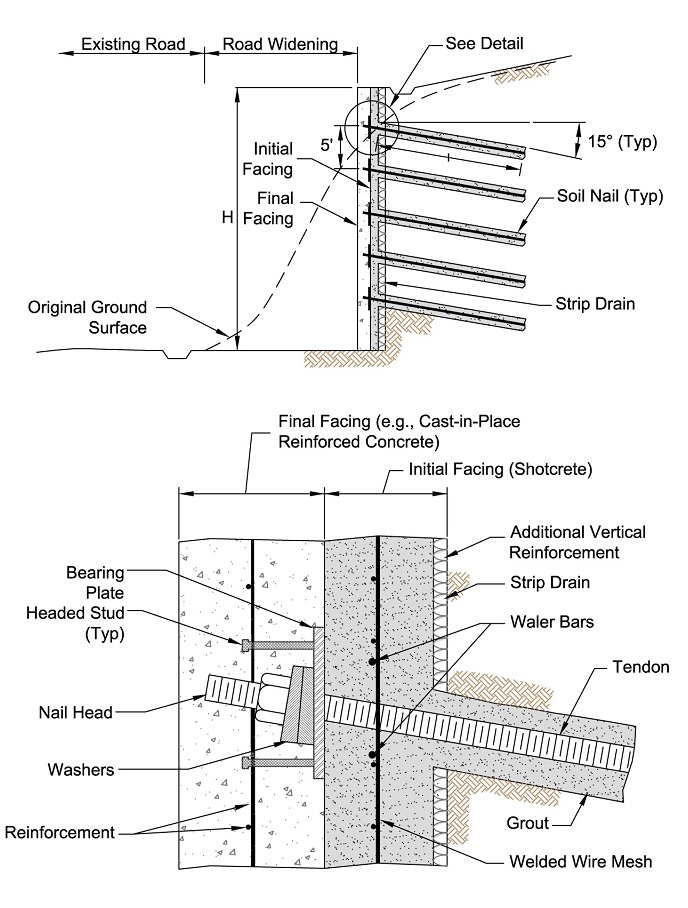 The components of soil nail walls used in the U.S. practice are identified in the figure and are briefly described below: