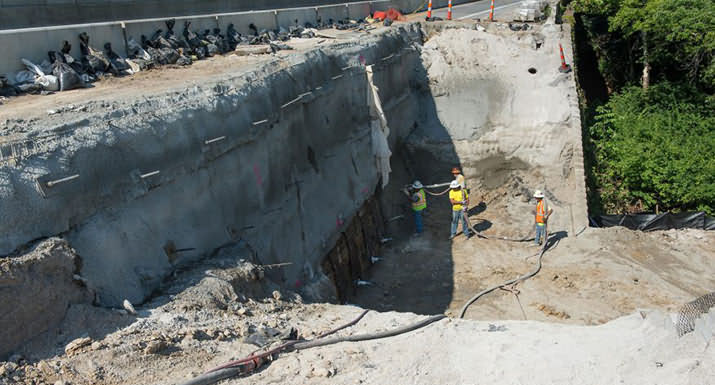 Examples of unfavorable soil types and ground conditions are provided below:

In addition to the difficulties described above, other aspects related to soil conditions must be considered when assessing the feasibility of soil nail walls:

Despite the difficulties associated with unfavorable soil conditions described above, soil nail walls may still be built. It should be recognized that these wall systems would typically be more expensive to design and construct when compared to conventional walls in a more suitable soil. It is likely that significant extra effort and cost is needed in the design and construction of soil nail walls in these marginal conditions and that more strict long-term performance requirements might be necessary to allow soil nailing in such challenging conditions.