The Space Needle, Seattle: All you need to know

Articles > The Space Needle, Seattle: All you need to know

The Space Needle is an observation tower as well as an exhibition building located in Seattle, Washington, constructed between 1960-1962 during the World’s Fair. It attracted over 2.3 million tourists and almost 20,000 people during the event used its elevator. It is 184 m high and includes a revolving SkyCity restaurant at 150 m height as well as an observation tower at 160 m height. Also, it weighs 9,550 tons and is designed to withstand an airspeed of 200 mph. In addition to this, it is designed to resist earthquakes up to 9.0 magnitude and has 25 lightning rods to provide proper earthing in case of lightning and thunder. It was registered as an official landmark of Seattle in 1999. 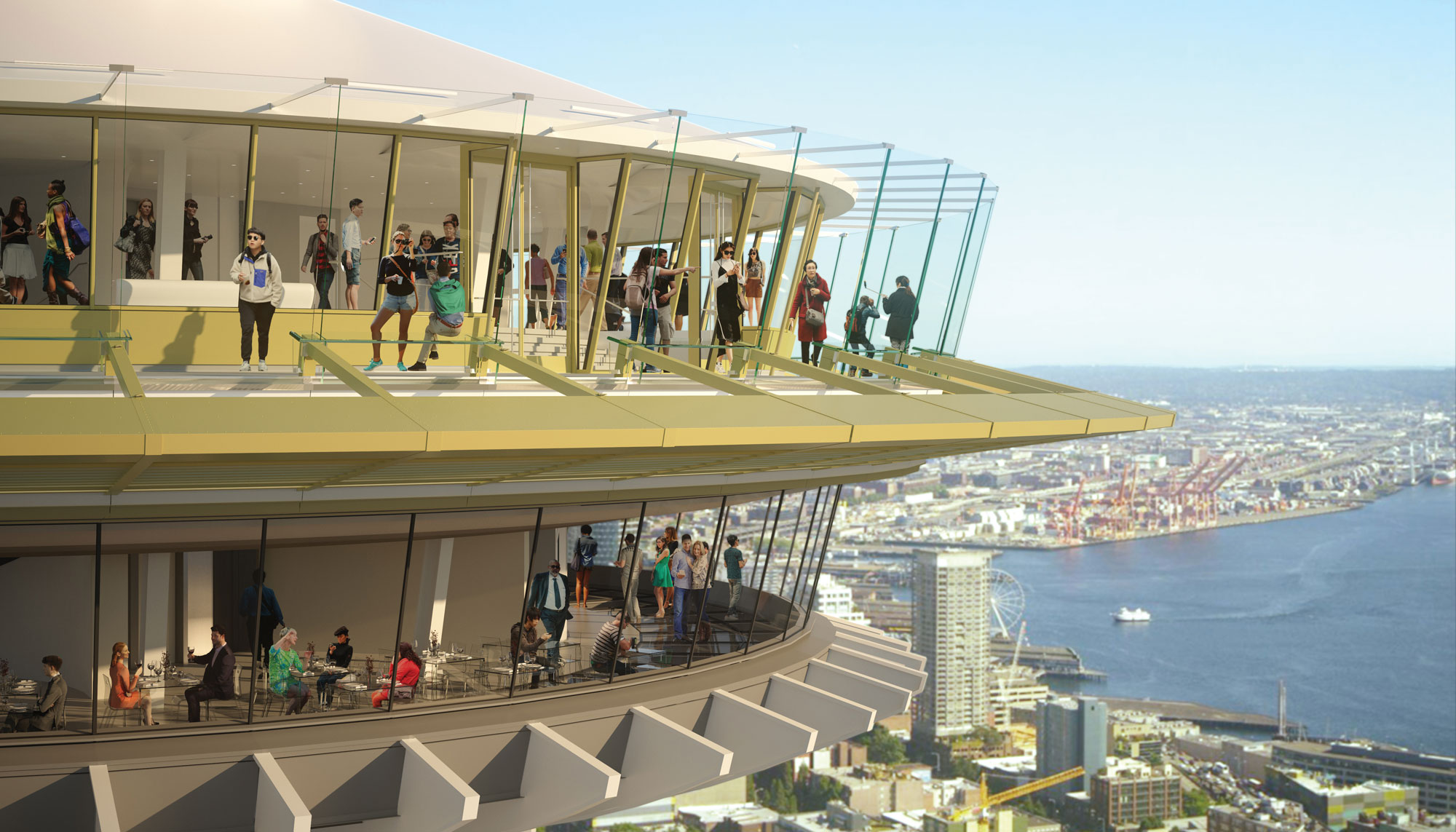 The design of this building was proposed by an artist Edward E. Carlson for the World’s Fair as an inspiration from the Stuttgart Tower. Earlier he sketched the shape of this building as a tethered balloon but in the end, the design was changed keeping in mind the modifications that can be carried out in the future. So Edward E. Carlson and an architect John Graham transformed the building design from balloon shaped to a flying saucer shape.

The construction of this building started on April 17, 1961, and it was completed on December 8, 1962 It became the tallest tower in Seattle and Washington from 1962 to 1969. It was preceded by Smith Tower and later on surpassed by Safeco Plaza. It has 6 floors and 3 elevators. It was owned by Space Needle Corporation. Earlier, Seattle was a hub for maritime trade and aircraft manufacturing. The launch of Soviet satellite Sputnik in October 1957 attracted the interests of the officials and the Seattle government selected Seattle as the host for the Country’s next World Fair. It was hoped that it would reflect the superiority of American Technology all over the world. The concept of the needle came from the Soviet Union and the design was finalized after much changes about one and a half years before the Fair was going to open.

The final design was a collaboration between Carlson and Graham who gave a flying saucer shape to the building. Around dozens of designers proposed several buildings designs and they were all appointed by Graham for the task to modify the design. Among them, Victor Steinbrueck designed the tripod supported shaft and the double-deck crown was designed by another member among them, John Ridley. 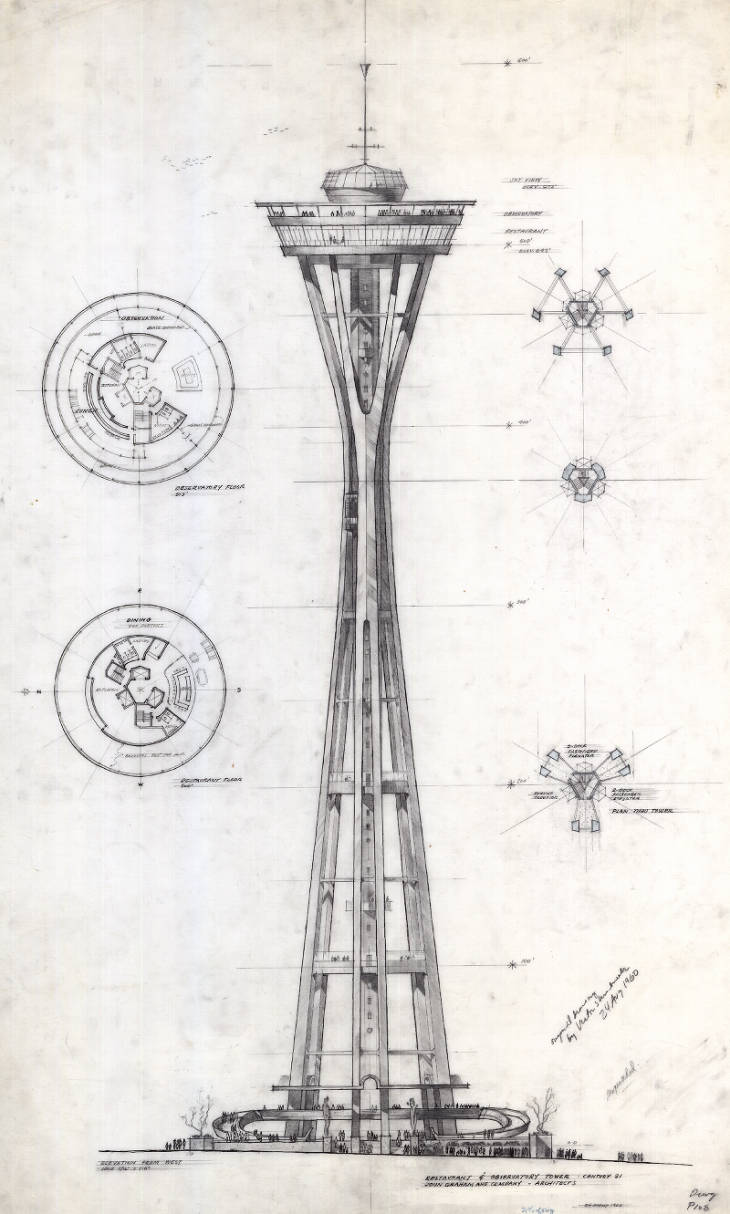 Fig 3: Design for the Space Needle

The cost of construction of this tower was not provided by the city and so the investors did everything on their own to erect this building. A14,400 square foot area was discovered and the construction work started soon for the completion of the building. For building the foundation about 467 trucks of cement were used which proved to be quite heavy as the tower. The foundation contained 250 tons of rebar and the top needle structure uses 72 bolts each one 9.1 m long. The Howards S. Wright Construction Company administered the whole construction process and completed it in less than a year with $ 4.5 million. Apart from this, the revolving restaurant is based on a track and wheel system that weighs 125 tons and requires a 1.5 horsepower motor to operate.

In 2000, the building underwent a renovation costing about $ 20 million and this renovation included a spiral staircase, thorough cleaning of the interiors and the exteriors, painting, and so on. The Skybeam was also unveiled and it pointed towards the sky with a powerful beam of light totaling 85 million candelas that are used to depict national holidays and other important events. Another renovation work began which resulted in - 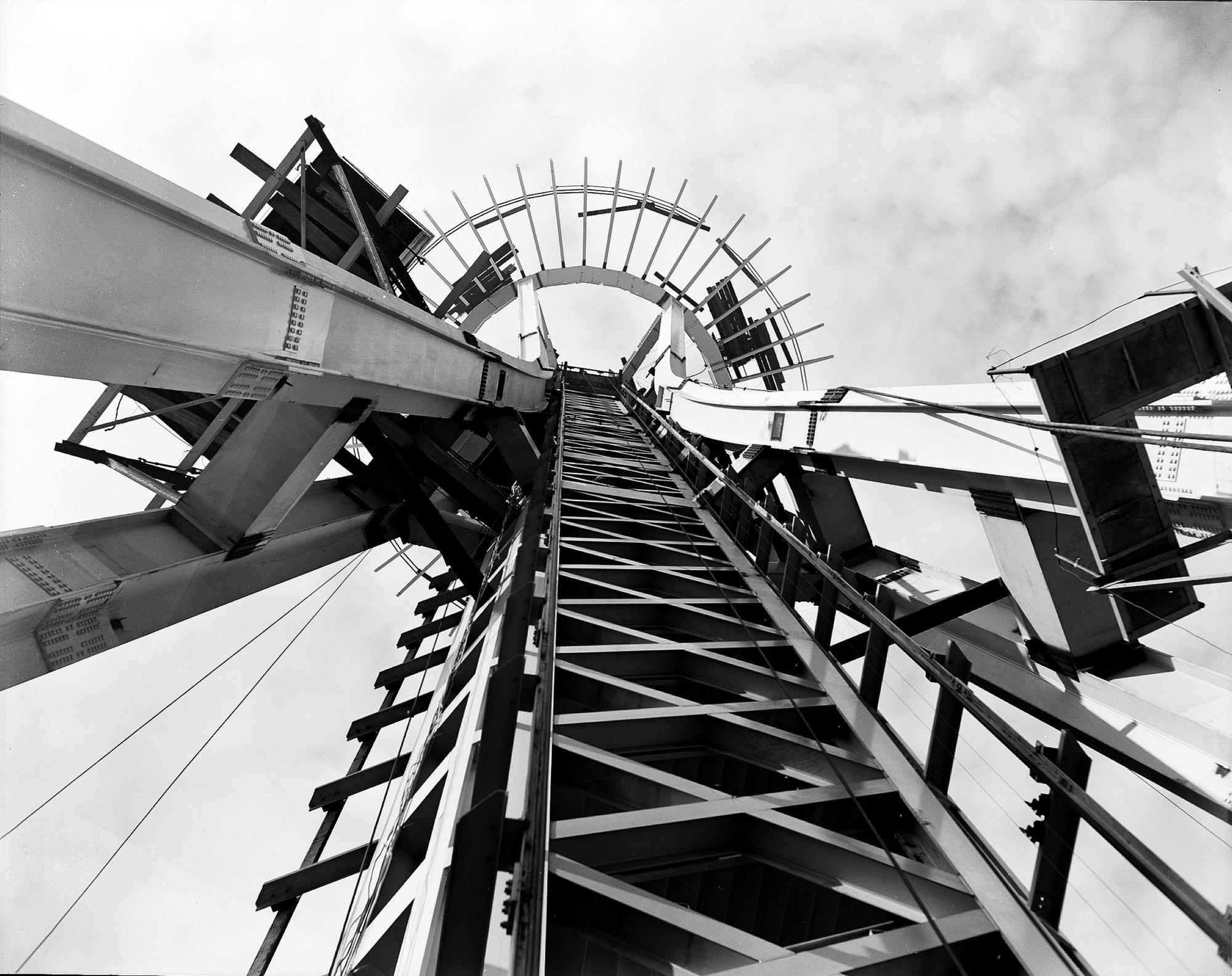 Fig 4: Construction before the opening in 1962

This tower was designed keeping in mind the futuristic approach to the modern era. It is known for its unique design in the form of spacecraft from the outer world. Till now it stands as a landmark in the field of civil engineering and it inspires great engineers, designers, and architects to make more such remarkable buildings. Its vibrant gold color on the roof attracts many visitors yearly and the scenic beauty from the observation deck at 3600 views beautifies the scenario. Many more tallest buildings have come up today but the structural beauty of this building is still surprising and mesmerizing. Several fireworks lit the sky from this tower during the New Year and other various occasions. In 2020, laser beams or lights lit the sky at midnight which was cherished from all over the world. Some people even tried to do Base jumping from the tower which was illegal then, but now it can be performed under strict authorization. Apart from this, it keeps appearing in many TV series and films like Dark Angel, The Science Guy, The Parallax View, and so on. In the future, it can be expected that the building may undergo more renovations and new technologies may be installed for better functionality and growth of businesses.