The famous temple is located in Delhi, India. The temple is a Baha’i House of Worship that was dedicated in December 1986. The temple is flowerlike shaped for which it is the center of attraction in the Country. The special feature of the temple is that it is open to all people regardless of religion or any other qualification. Fariborz Sabha, an Iranian architect designed the structure. The structure was undertaken by a UK firm named Flint and Neill. 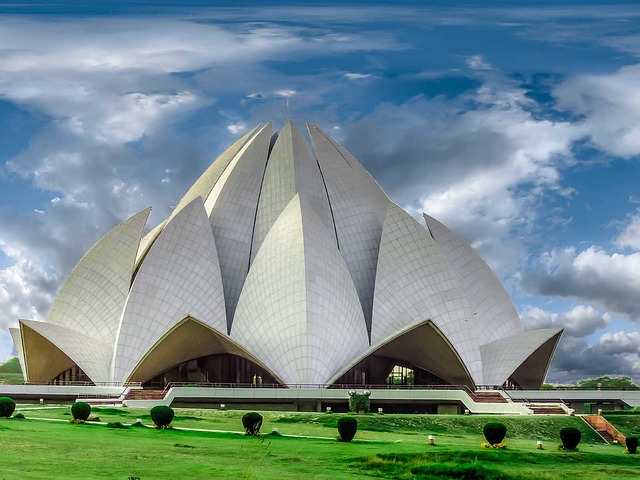 The temple resemblances the national flower of India “Lotus”. That is why the name Lotus temple. The monument is composed of 27 free-standing marble-clad “petals”. These are arranged in a cluster of three to form nine sides. The nine doors open onto a central hall with a height of slightly over 34 meters. The temple has the capacity of seating 2500 people together. The temple has won various architectural awards and also it has been featured in many newspaper and magazine articles.

Including Lotus Temple, all Baha’i Houses of Worship share certain architectural elements, some of them are specified by Baha’i scripture. The son of the founder of the Baha’i religion Abdul Baha’i stipulated that an essential architectural character of a House of Worship is to be a nine-sided circular shape. The concept of all current Baha’i Houses of Worship have a dome is not regarded as an essential part of their architecture. The scripture also states that no pictures, no statues, or images will be displayed within the House of Worship. There will no pulpits or altars be incorporated as an architectural feature. The floor of the house is made of white marble brought from Penteli Mountain in Greece. The same marble is used in the construction of many ancient monuments and other Baha’i buildings. The whole temple buildings along with surrounding gardens and ponds cover an area of 26 acres. The land was donated by Ardeshir Rustampur of Hyderabad, whose will dictated that his entire life savings would go for this purpose. The savings from the construction budget was used to build a greenhouse to study indigenous plants and flowers that would be appropriate for use on the site.

Lotus temple is the first temple in Delhi to use solar power. Out of the total electricity used of 500 kilowatts, 120 kW power is provided by solar power generated by solar panels on the building. This saves a good amount per month for the Temple.

The temple is constructed on an arcaded construction system. The inner folds enclose the interior dome in a canopy made of crisscrossing ribs and shells of intricate patterns. When one sees it from inside, each layer of ribs and shells disappears as it rises behind the next lower layer. Finest architect Fariborz Sahba’s Lotus flower had been converted to definable geometrical shapes such as spheres, cylinders, toroids, and cones to be constructed. The structures were expressed as mathematical equations that could be used as a basis for structural analysis. The final geometry was so complex that it took more than two and a half years to complete it. The aesthetical view is also enhanced by nine water pools in the surrounding.The lotus is open at the Top. At the level of radial beams of the structure, glass and steel roofs provide protection from rain and allow natural light to come to the center. 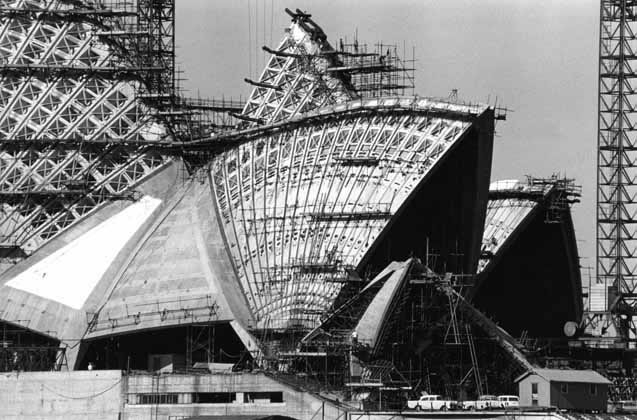 Fig 2: During the construction of Lotus Temple

Some facts about the monument 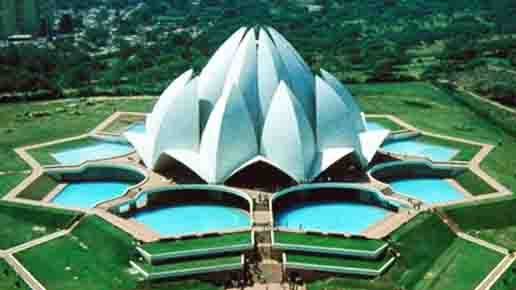 Fig 3: A view of the temple with surrounding water pools

The temple has won a number of architectural and design awards. Some of them are

The Lotus Temple is a matchless architectural marvel and one of the center points of attraction all over the world. It is an oasis of serenity where people can meditate and pray at peace.  Every year tourists come to the National Capital of India to witness the most stupendous structure in the World. According to the CNN report, it is the most visited building in the World. Also according to Guinness World Records, 2001 it is the most visited religious building in the World.