The action of Rivers: 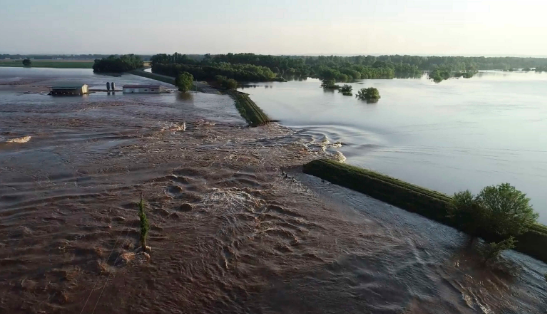 The flow of a river brings many positive as well as negative changes to the landscape. The rivers or streams transport sediments and gravels from one location to another. We should also need to know that as a river flows and erodes sediment, gravels, and silt, which changes the shape of the course of the river. The process of erosion always has been and still is, a natural part of the rock cycle. Without erosion, the existence of sediments and the formation of sedimentary rocks will be impossible. Erosion detaches the loose, unconsolidated soil and sediment from over the bedrock.

Streams and rivers weather, erode, and transport sediment coming across their course of flow. They erode bedrock and sediment from one part of the landscape and deposit these sediments and particles at another place. The flowing water in rivers and streams is one of the major agents in eroding the surface of the bedrock and sediments from over the bottom of the river/stream. As a result of erosion, the rivers and streams reshape their course of flow. These changes can be positive and beneficial for mankind, as well as negative. The negative change includes flooding, land-sliding, excessive erosion, excessive deposition, and wearing and tearing of the adjacent landscapes, and geological features. Rivers and streams create many practical challenges for civil engineers, some of which are as follows.

The need for River Engineering:

River Engineering is the process of deliberate human interference in the course, action, or flow of a river with an objective to bring some change in the action of the river and get benefits from it. Man has intervened in the natural flow and action of rivers since long before the recorded history in order to manage and utilize the water resources, to protect him against flooding, or to make passage along or across the rivers easier. From ancient Roman times, rivers and streams have been used as a big source of hydropower. Although at the time people were unaware of electricity and its generation, however, hydropower of the flowing water of the rivers and streams was used to run turbines to grind the flour, pump up the water, and lift other masses. Since the end of the 20th century, river engineering has had more environmental problems than immediate human benefit and some river engineering projects have been concerned only with the restoration or protection of natural features and habitats. There are two major concerns of engineers associated with the behavior and action of the rivers. (i) Flood Control, and (ii) River Training.

During floods, the rivers cause the destruction of life and property, and therefore, flood control is a very important problem for a civil engineer. The various methods which are used to control floods are as follows: