Dams are constructed for four basic purposes. One is to meet the water need evenly all through the year. The second purpose behind the construction of dams is to control flooding. The third objective of the dams is to generate electricity. The fourth purpose of the construction of the dams is to divert the water flow from one channel to another. Like the rest of the world, the needs and demands of the USA are not different. China is the leading country regarding the largest number of dams in the world. The USA is the second country which has the largest number of dams. According to the report of the American Society of Civil Engineering, there are more than 90,000 large and small dams in the United States. How to find out the value of a dam? The value of a dam is dependent on many factors, like how large is the dam, how tall is the dam, how much water does a dam retain, how much electricity does a dam generate? Keeping in view all these factors, the value of the dam can be found out. Here in this article, we will discuss the tallest, the longest, the one that produces the most electricity, the one that holds back the largest water dams separately. But our point of discussion will remain confined up to the dams of the United States.

(1). The Tallest Dam of the United States: 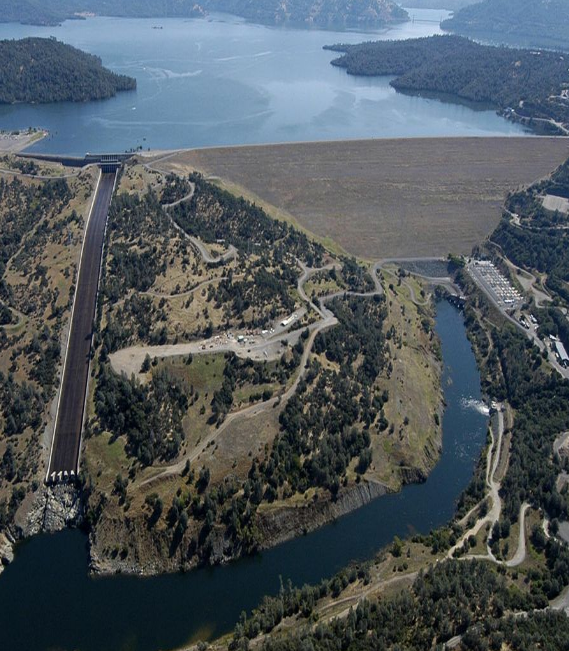 Oroville Dam is located on the Feather River in the Oroville region of California. This is the tallest dam in the USA, which is more than 770 feet high. The length of the dam is 1.31 miles or 6920 ft/ 2109.216 meters. The construction of the dam was started in 1961 and completed in 1969. The dam was constructed by the California Department of Water Resources. During the period from 1960 to 1970, the state of California built several dams to meet the need for water and energy. The Feather river of Oroville is diverted to California Aqueduct by means of Oroville Dam. The diversion of the river met the need for water for San Joaquin Valley. Before the construction of the dam, California was hit by a devastating flood each year. From 1969, a large part of California State was protected from the attack of yearly flooding. The construction of the dam prevented the California region from damaging property worth 1.3 billion during the years 1987 to 1999. This dam not only reserve water for farming but also a big source of energy. An underground power generating plant namely, Edward Hyatt Pump-Generating Plant. The power plant generates electricity of 28000-megawatt energy. It is a huge gigantic dam. The extraordinary height of the dam adds to the vulnerability of the dam during excess storage. In 2017, the excess water wall allowed flowing through an emergency spillway. The water-flow through the emergency spillway caused erosion to the main embankment of the dam and its spillway. This erosion put a threat to the main wall of the dam. The state government evacuated about 188 thousand people from the nearby habitats. The repairing work of the spillway was again started at the end of 2017 and completed at the end of 2018. The repaired spillway was again opened in April 2019.

(2). The Longest Dam of the United States: 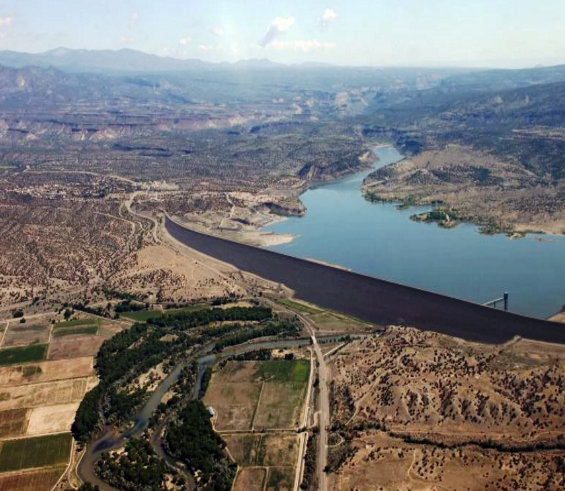 The above-mentioned dam (Oroville Dam) was the tallest dam in the USA. But Cochiti Dam is the No.1 dam with regard to the length of the dam wall. The Cochiti Dam is the longest dam in the United State. The length of the Cochiti Dam is 5.5 miles/29,040 feet. This dam is located in the region of Cochiti Pueblo, New Mexico. This dam was constructed on the Rio Grande River. The height of this dam is about 250 feet. The construction of the dam was started in 1965 and completed in 1973. On one hand, it is one of the longest dams in the world, while on the other hand it is included in the shortest in height dams of the world. Due to its short height, it does not reserve as much water as the world largest water holding dams. In spite of being the longest dam, it is not included in the list of the world’s largest dams. It is the 11th earth-filled dam. The world's largest earth-filled dam is the Tarbela Dam of Pakistan. By limiting the effect of heavy runoff on the surrounding areas, the engineers of this dam provided it a flood control mechanism. The flood control Act allowed the construction of this dam in 1960, thus the construction started in 1965 and continued till its completion in 1973. The resulting Cochiti Lake has a permanent recreation pool, with an intermittent pond in the arm of the Santa Fe River. The remaining capacity of the reservoir, about 672 million cubic meters, is reserved for flood and sediment control.

(3). The Most Power Producing Dam: 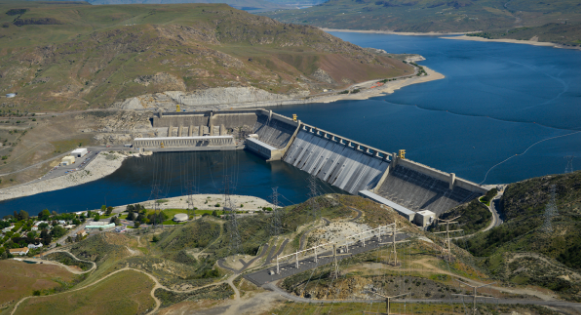 Regarding power production, the largest dam in the USA is the Grand Coulee Dam. It is a gravity dam, which is located in Okanogan and Grant Counties of Washington State. The dam was constructed in 1933 to hold back the water of the Columbia River. The completion of the dam took place in 1942. This dam was designed by the Bureau of Reclamation USA in the 1930s. The primary objective of the dam was to control flooding and meet the need of irrigation. But later on, the electric generation became its prime object. The power production of this dam is 21 billion kWh (Kilowatt-hour). This power meets the need of 23 lac households for a year.

(4). The Largest Water Holding Back Dam: 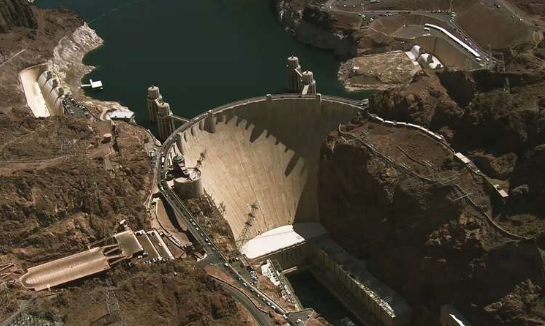 Regarding the lake volume, the Hoover Dam is the largest dam in the USA. This dam is located in the region of Clark County of Nevada and Mohave County of Arizona. This dam is constructed on the Colorado River in 1931. The construction of the dam was completed in 1936. The length of the dam is not too much as that of Cochiti and Oroville Dams. It is just a 1244 feet long dam. The height of the dam is 726 feet. The Hoover Dam sits at the border area between Arizona and Nevada. It is a concrete reinforced dam, in a curved shape. The concave face of the dam wall provides extra strength to it. Colorado river passes through Black Canyon. This dam stretched between the high walls of the Black Canyon to hold back the water of the Colorado River. The wall of the dam encompasses a volume of 3.25 million cubic yards. The width of the wall is 16 feet wide. There is a wide highway from San Francisco to New York.