Willis Tower, Chicago: All you need to know

Articles > Willis Tower, Chicago: All you need to know

Willis Tower is also known as Sears Tower and was built between 1970-1974. This tower is located at 233 South Wacker Drive, in the district of Chicago, Illinois, United States. The total height of this tower is 5273 m that includes the roof height of 442.14 m and the top floor height of 412.69 m. The weight of this building is 225,000 tons and inside the building, there are 104 elevators. It cost about 175,000,000 dollars to build this tower which proved to be quite a lot of money at that time. People behind the construction of this tower were - Fazlur R. Khan, the Structural Engineer; Myron Goldsmith, the Engineer along with architects named Owings and Merrill Skidmore, Bruce Graham. Moreover, this tower was developed by Sears, Roebuck & Company who were the largest retailer in the world with 350,000 employees. This tower became a business hub for a lot of companies in Chicago and till now it remains a core of activity in Chicago. 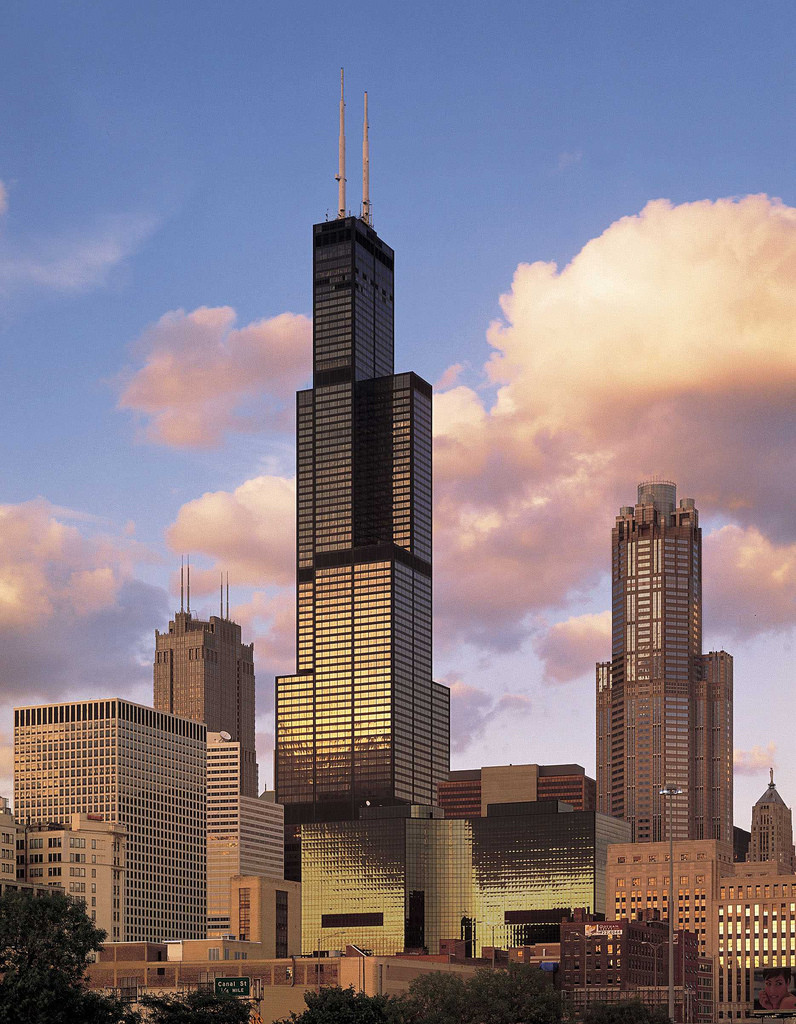 More on its Structure

Initially, the design of the building resembled a box-like structure but the real estate advisors and architects were determined to make the building taller by increasing its height, adding more floors. Later on, it eventually exceeded the World Trade Center by about 30 meters. It remained the tallest building in the world for 25 years until it was surpassed by Towers Petronas built in Kuala Lumpur, Malaysia in the year 1998.

This tower is built with structural steel that was prefabricated and then joined with bolts on the construction site. The skin of this building is formed with a glare-reducing glass curtain wall that is made of black aluminum and bronze tint. This skin acts as an insulator that maintains a constant temperature between the exterior and interior of the building which in turn helps in controlling the expansion and contraction of the frame of the building.

Bundled tube construction was used in constructing this building which was a new concept at that time. Nine bundled structural tubes were used that stood on reinforced concrete caissons that rested on bedrock. Reinforced concrete mats were used to tie up the caissons together for better stability and support. These bundled tubes were interlocked and divided into 75 x 75 feet square blocks that were joined together to make a cellular tube frame. At first, a setback was observed in meeting the client requirements as more spaces were needed but when this tubular system was employed by the Bangladeshi-American Structural Engineer Fazlur R. Khan, then the floor sizes were reduced by reducing the square blocks as per requirements. This opened the door of opportunities for big open space offices at lower levels of the building and the smaller floors were increased in height without any obstruction. It proved to be quite cost-effective as nearly 10 million dollars were saved in structural steel due to that. At the top of the tower, there are antennas for local television and radio broadcasts. Also, a Skydeck is present on the 103rd floor which is visited by 1.3 million tourists from all over the world to enjoy the scenic beauty of Chicago. 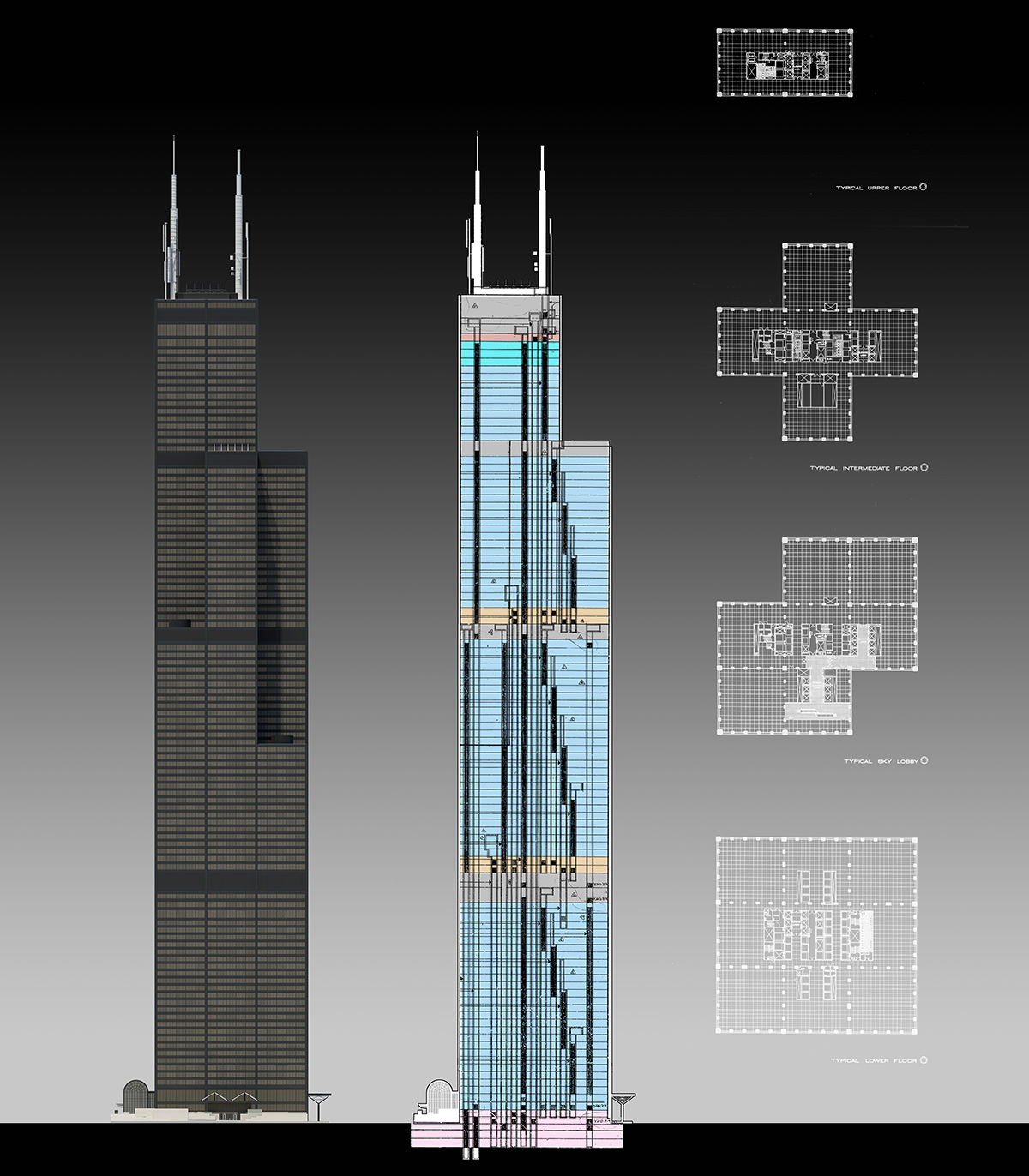 There are some amazing points about this building which makes it a landmark in the world of civil engineering. This tower has some surprising specifications that still now inspire several engineers, designers and architects. Some of them are - 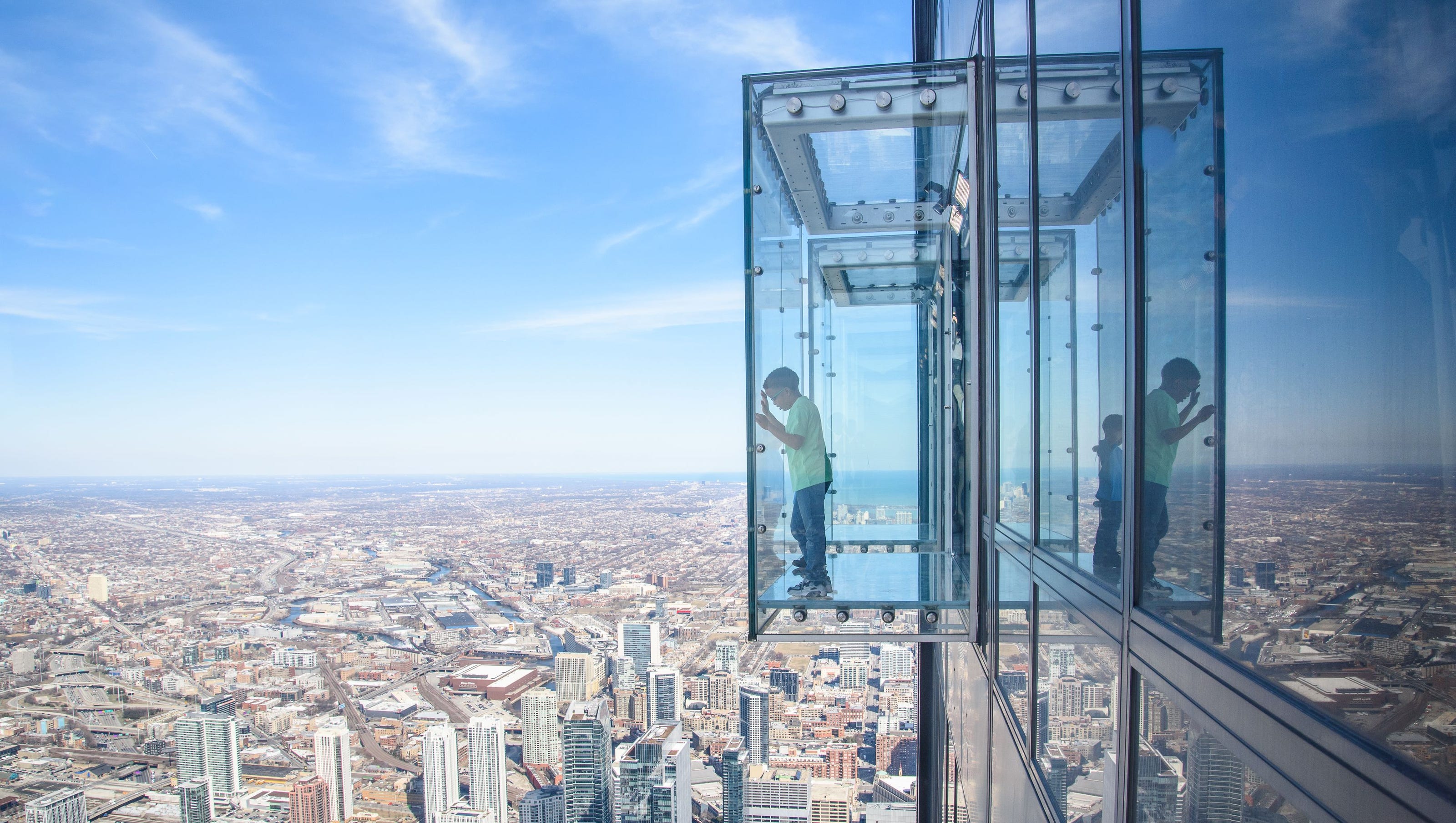 The design of this building is remarkably great as expanded spaces could be utilized for office purposes leaving more future scope for its expansion. It broke several records with its height and its Skydeck attracts several tourists worldwide for its commendable beauty. It provides a world-class platform for health facility, conference centers with its stunning technological features. It is expected that in the coming years it will prove to be quite beneficial with its advanced technologies that will contribute to the growth of the United States.