Dams are construction used to resist or stop the flowing water of a stream or river. A barrier/wall of a wide span is built before the way of flowing water, which allows a controlled quantity of water, and the rest of the water is stored or reserved for the future time of water deficit. Detailed article about the dams and their types have already been uploaded to this website, however, the structural elements of dams are still needed to be discussed in detail. As far as the structural parts of the dams are concerned, they are almost the same in all types of the dam, different designs of the dams may vary the designs of the elements of the dam. 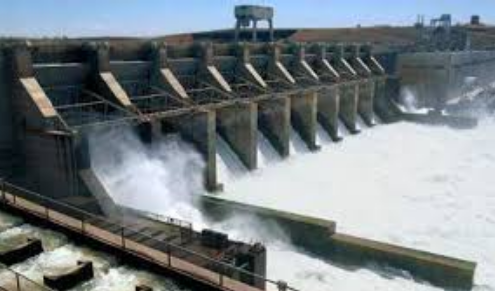 A dam structure may be divided into three parts:

(2). Water Releasing Structure of the Dam:

The water releasing structure is the part of the dam which allows water to release downstream. It is, technically called Spillways of the dam. The mechanism of the spillway is to allow the controlled water quantity. A spillway has the following elements.

There are two types of spillways:

(3). Water Conveying Structure of the Dam:

Conduits are the parts of the outer work of the dams. The function of the conduits is to convey the water from reservoirs through, around, or under an embankment dam. Many dams have conduits that serve as a spillway.