15 Types of bridges around the world

Articles > 15 Types of bridges around the world

Since the dawn of the earliest civilization, bridges have played an important role in the development of transportation and communication, spreading of knowledge, enhancing local and international trade. Bridges have overcome the obstacle created by water bodies. Bridges are links among the disconnected parts of lands due to water. Thousands of years ago, men built bridges from wooden logs and tree trunks. Those bridges met the needs of that time. But, by the gradual growth in communication, transportation, and trade volume, the need for larger and durable bridges started being felt. The doctrine of necessity worked, and science and technology also developed simultaneously. Bigger and advanced bridges started being constructed by the grace of civil engineering. From the time-ancient till today, there have been tens of types of bridges classified on the basis of their design structure and material used. Most prominent types of bridges are being discussed in the following heading:

Beam Bridges are very common in the world. Reinforced concrete beams/ or stringers are placed on the piers of either concrete or bricks. These bridges are easy to construct. It is also called a girder bridge, because beams or girders of iron/steel or used.

Arch bridges are old-time bridges which are very common in Bosnia and Herzegovina. Live examples of such types of bridges are “Old Bridge” of Mostar (Bosnia & Herzegovina), Hell Gate Bridge of New York, Rialto Bridge of Italy, Ponte Vecchio bridge of Italy, and Khajoo Bridge of Iran. An arch bridge is constructed by utilizing the natural strength. The stones or bricks are compiled in the form of an arch in such a way that each of the brick exerts a force on the neighboring brick, thus strengthening the bonds among the bricks. Steel or iron is not used in arch bridges. The half-circled arch is constructed only with the masonry work of bricks. This is an ancient method of construction of bridges. In the 19th-century metallic arch bridges got fame all around the world. Like a masonry arch, an arch made up of metal is installed under the bridge to give it full support.

In Truss Bridges, the load-bearing superstructure is composed of an assembly of beams or other elements that gives turgidity to the structure. These bridges are economical and easy to construct and easy to dismantle.

This is a modern-day bridge, in which the bridge slabs are hung with an outward arch. The arch supports the bridge by means of metallic ropes and chains. 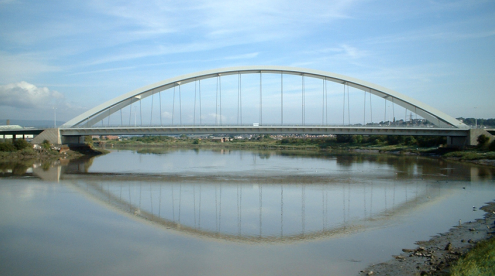 The turgidity of the cantilever bridge is awesome. This type of bridge is built using cantilevers (a hard solid structure that is supported at one end. It extends horizontally.), structures that extend horizontally into space, support from one end.

A suspension bridge is a masterpiece of civil engineering. The bridge is suspended by means of steel chain/ ropes which are firmly tied with the gigantic poles installed on either side of the bridges. Japan’s Akashi Kaikyo Bridge, San Francisco’s Golden Gate Bridge, and China’s Xihoumen Bridge are good examples of suspended bridges. 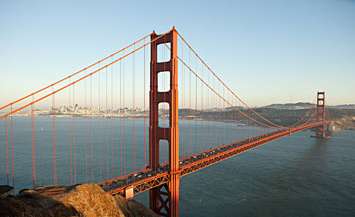 Almost all types of bridges made out of construction masonry, suspension, and cable-stayed material are for a permanent purpose. The majority of the bridges are fixed bridges with no moveable part.

These bridges are built for a temporary purpose. After getting the purpose achieved these bridges are dismantled. The material of such types of bridges is generally metallic, which can be reused at the time of another construction worker.

A moveable bridge is generally constructed with materials, which are easily moveable. The mobility of the bridges is meant to give clean passage to the water at the time of need.

These bridges are comparatively wider than the single decked bridges. There are two separate decks for the passage of traffic on either side. These bridges are made to accommodate congested traffics.

These bridges are found in tourist spots, crossing-over of the roads and another small scale movement of people. These bridges can not survive a high load of vehicles. 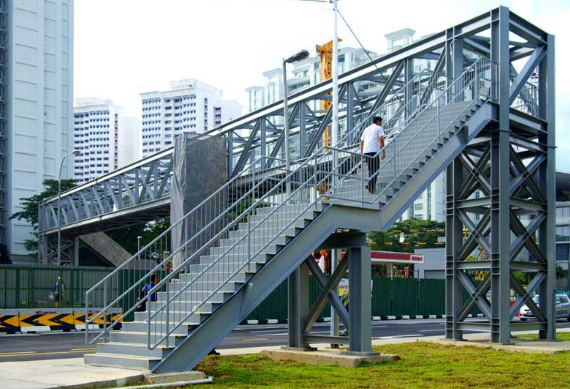 These bridges are designed for the passage of trains. Train tracks are placed on the deck of this bridge. This type of bridge may belong to any type of the above-mentioned bridges. The only difference is, it is designed for trains.

This is a system of pipe, canal, or tunnel constructed on the piers to transit water from its source to another place. The canals while passing the streams or rivers or some other kind of ridges, need aqueducts. 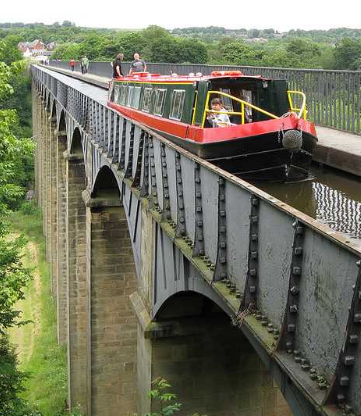