How to find the location of Canal Fall?

The level of a canal generally runs equally to the level of ground on which canal is being constructed. If the landform has many ups and downs, the level of canal does not need to run accordingly. Because by lowering the level of canal and then raising its level again will not transit water. The water will accumulate at the low lying part of the canal and start flowing in the form of flood. Thus, while passing through a ground of irregular level will not affect the level of canal. The canal level will run straight with out lowering and raising its level. The irregularity of ground level is removed by filling. This is the matter a ground of irregular level. But in case if there is a long range slope in the ground, what we have to do to run a canal ahead. This problem has been solved by constructing the canal falls. Detail and types of the falls are given our previous article. Types of Canal Falls. This article is about the location of canal falls or where to construct a canal fall. 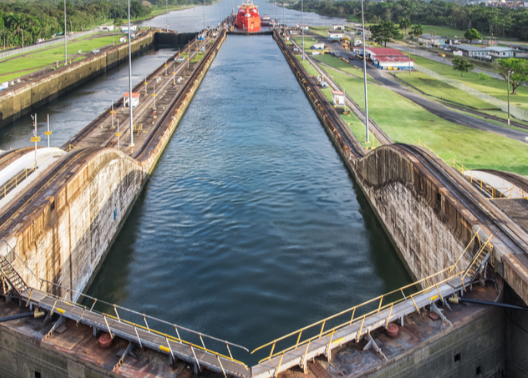 The nature of ground level holds primary status in the way of canal fall. If there is slope in the way of canal it is inevitable to construct a fall. Because, too much filling is harmful and there are much likely chances of damages in a canal. Damage in a canal may cause flood, which will put lives and property at risk. Whereas, if the sloop is not too steep, then the low lying area is filled with earthen material to remove the irregularity in the level. Keep in mind that slope and level-irregularity are two different things. If there is an irregularity in the level, that can be removed by filling the earthen material in the low lying areas. While in case of slope, it can be adjusted. Irregularity can be removed, while slope can be adjusted. Slope can not be removed.

The nature of soil is an other factor for deciding the construction of canal fall. If the soil is water logged, extra filling is carried out to raise the lowered level of the ground. In case if the land is dry, then the canal is run with ground level accordingly.

The important factor to locate a canal fall is the nature of slope. The nature of slope determines the type of canal fall we are going to construct. If the slop is steep “vertical drop type fall” is constructed. But the construction mechanism must be different in this case. A vertically, free falling water will directly collide with the floor of the canal. The continuous hard strike of falling water will possibly damage the floor of the canal. Thus, in order to prevent the floor from erosion and cracking, thick and strong concrete work is done. In many cases steel is also used in concrete bed. Nature of slope can also determine the production of energy. If large amount of water with full velocity is falling down, it is suitable for installation of a water mill. Water mill can run the electric generator. In many hilly areas, the slope of the ground is intentionally steeped for the purpose of generation of energy.

Nature of Slope may vary from point to point. Areas where the slope is not too steep, but long, then “Stepped Fall” is constructed. The stepped fall is meant to slow down the velocity of water. At each step the running water slow down its speed before proceeding to another step. A stepped fall prevent floor of canal at downstream from being damaged by the collision of water.

Width and Size of Canal:

The width and size of canal also determine the location of fall. If water running through a canal is in very large quantity, then slopes are tried to be removed rather than being adjusted. Removing a slope means, reducing the number of falls. Very large canals are generally constructed little deep in the ground, as the chances of damages increase with the size of canal. The deep canals face little slopes, because the ups are reduced by excavating the land. The lowered ups are leveled in equivalence with the already low areas. The ups and downs of the ground are leveled, thus, allowing the canal run in a straight level. However, in the hilly areas the canal falls are inevitable.

The intersecting streams are another factor which influences the location of canal falls. A canal fall is abstained to be constructed near a stream if the canal is passing over the stream. Generally the canals pass over the streams. Streams continuously keep on eroding the soil. As the soil erosion near a paved and unpaved canal is extremely very harmful for the sustainability of canals. Canal falls near stream banks can not sustain themselves. The level near the stream banks is filled and compacted rather than constructing a canal fall over there. At stream banks canal level automatically becomes very high.

On the other hand if the canal is passed under a stream. Then a deep canal fall is constructed to lower down the canal level, thus allowing the stream water pass over the canal.

Combination of Fall with Bridge or Other Masonry Work: