Factors to consider in foundation design 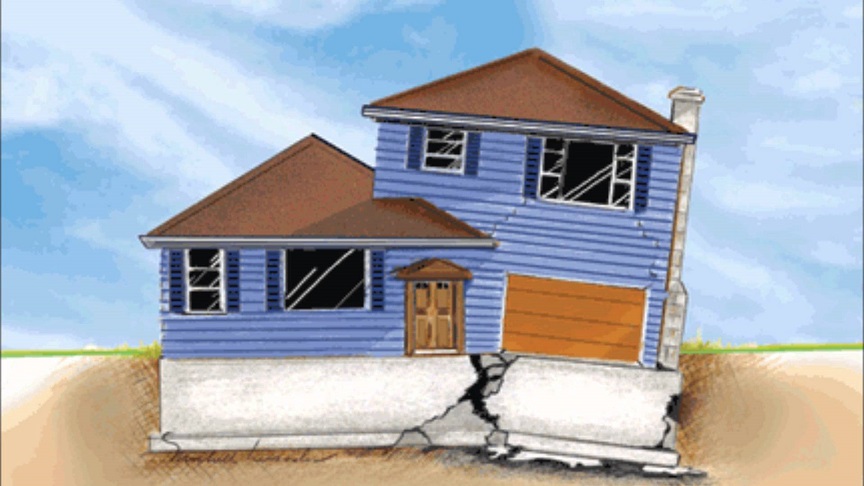 Following factors need to be considered in design and analysis of foundations:

footings should be carried below the frost line, zone of high volume change due to moisture fluctuations, topsoil or organic materials, peat and muck and unconsolidated material such as abandoned garbage dumps

Soil is always displaced by installing a foundation.  In the case of spread footings the displacement is the volume of the footing pad and the negligible amount from the column resting on the footing. In cases where a basement is involved, the basement floor slab usually rests directly on top of the footing pad. In other cases, a hole is excavated for the footing, the footing and column are installed, and the remainder of the hole is backfilled to the ground surface.

When the soil engineer gives an allowable bearing pressure to the structural designer, as is often the practice, what is the significance of qa?

Bridge piers, abutments, bases for retaining walls, and footings for other structures adjacent to or located in flowing water must be located at a depth such that erosion or scour does not undercut the soil and cause a failure.

In polluted ground areas such as old sanitary landfills, shorelines near sewer outfall lines from older industrial plants, or backwater areas where water stands over dead vegetation, there can be corrosion problems with metal foundation members as well as with concrete. Concrete is normally resistant to corrosion; however, if sulfates are present, it may be necessary to use sulfate-resistant concrete.

A lowered water table increases the effective pressure and may cause additional settlements. A raised water table may create problems for the owner from the following:

7. Foundations in sand and silt deposits

Foundations on sand and silt will require consideration of the following:

8. Foundations on loess and other collapsible soils

Collapsible soils are generally wind-blown (aeolian) deposits of silts, dune sands, and volcanic ash. Typically they are loose but stable, with contact points well-cemented with a water-soluble bonding agent, so that certain conditions of load + wetting produce a collapse of the soil structure with a resulting large settlement.

locations of major loess in the United States